The “wisdom of crowds” is the idea that the collective judgment or knowledge of a mass of people tends to converge on extreme accuracy when aggregated. But is that really true? Do crowds really make good decisions?

The opposite phenomenon, which seemingly contradicts this idea, is mob mentality: large numbers of people, acting together, make astoundingly irresponsible and often harmful decisions. Mob mentality causes mass violence and destruction; the feeble and the few are crushed under the tyranny of the majority.

Are mob mentality and the wisdom of crowds mutually exclusive? Can both be true to life? And when does a crowd become a mob?

The key to this puzzle is the independence of each individual’s decision-making. Here’s an example:

The first person to observe the “wisdom of crowds” was a British scientist named Francis Galton, who noticed that the 700-odd estimates of entrants into a contest to guess the weight of an ox missed the mark by just a single pound when averaged together.

In this instance, each entrant was individually responsible for their own estimate; they may have discussed the ox’s weight with others before submitting their answer, but in the end their judgment was entirely in their own hands.

It is under circumstances like these that the wisdom of crowds can reach its full potential: untainted by the dark shadows of peer pressure, conformism, and bandwagoning, independently-generated thoughts and ideas contribute to the diversity and wholeness of the collective voice, and counter-acting forces (like underestimation vs overestimation, or opposition vs support) are allowed to balance the sum and bring the crowd close to the best judgment. 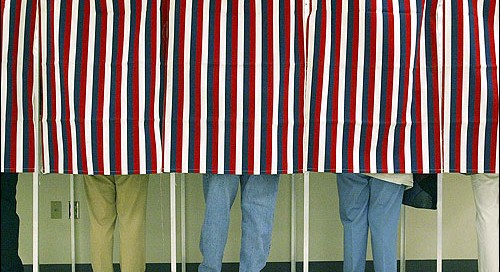 This is why the wisdom of crowds works as an argument for democracy: although governance and political decision-making are discussed and debated on a large scale in the public forum, when it comes time to vote there is only the lone citizen and the ballot, together in the voting booth.

Each citizen is free to make whatever decision they feel is best, and together all of these independent judgments choose presidents and congressmen and mayors and school-board directors.

In a mob, independent decision-making disappears, and individual members lose any sense of responsibility for their actions. Instead, people follow by example; excusing themselves from any kind of personal discretion, they blindly participate in the actions of the mob. Thus ordinary people can be led to participate in mass ethnic violence, violent rioting and looting, mob “justice,” and more.

It doesn’t take so extreme a situation, however, to do away with independent thinking. The experiments of Solomon Asch showed how easy it is to influence people’s judgment through the application of peer pressure:

In order to test people’s tendency to conform, Asch performed a series of experiments in which participants were presented with a drawing of a line and asked to match it to the line of the same length on a separate piece of paper. All but one of the participants had been told in advance to choose a blatantly incorrect answer; the one participant who was not clued into this trick of the experiment followed his peers and chose the same blatantly incorrect answer two thirds of the time.

All it took to influence people’s judgments was the stripping away of independent response; when the ‘voting booth’ was removed and the decision put directly to the whole crowd at once, the idiocy of the mob prevailed.

To ensure that the wisdom of the crowd is not drowned out by mass bandwagoning and a collective surrender to easy answers, then it is critical that the context of decision-making be left firmly in the individual’s prerogative.

For crowdsourcers, that means being careful that popular or prominent opinions do not exert an undue influence on other contributions, and that every idea be allowed space for consideration.

As the team at TryMyUI laid the foundation for our UXCrowd feature, we were careful to consider these facts so that the best ideas and feedback would be allowed to emerge without the whole endeavor falling prey to mob thinking.

We wanted our testers to produce an aggregated list of criticisms, comments, and suggestions that they themselves originated and prioritized through voting. That way, website owners could easily see the most important issues with their site and gather the best suggestions for improving it, without having to sift through hours of videos searching for the information.

Here’s how we preserved independent thinking:

Step 1.
After each tester has completed all of the tasks, we ask them for 2 things they liked about the website, 2 things they didn’t like, and 2 suggestions for improvement. Their responses are given before they have seen any of the other testers’ input, so all the entries of the resulting composite list are the product of independent thinking and insight.

Step 2.
When their answers are submitted, testers are then asked to vote on all other submitted responses (shown in a randomized order). This allows the best ideas of the lot to bubble up to the top. To prevent bandwagoning, the testers cannot see the standing vote counts of the submissions as they cast their votes; each idea is presented as equal.

By preserving the freedom of each tester to think independently and draw his or her own conclusions, the UXCrowd draws on the wisdom of the crowd without allowing room for the vices of groupthink to infringe on the final tally.

We’ll continue to update you as the UXCrowd feature is built and refined. To learn more about the application of crowdsourcing in usability research, innovation, and community-building or to get a closer look at the UXCrowd, sign up for our webinar Dec. 9th with former Zynga user research director Rob Aseron and IdeaScale CEO Rob Hoehn.

Update: The UXCrowd webinar is now concluded. You can get the full video recording of the webinar, including a live Q&A session, by clicking on the image below: